Peperoncini & Mozzarella Sausage Balls with Remoulade Dipping Sauce will get your Game Day Party off to a delicious start! 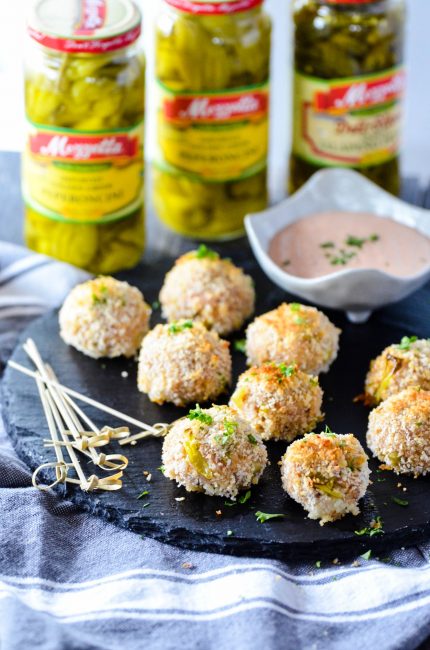 It’s that time of year when football food is front and center for the big day. I start planning the menu a few weeks ahead, mapping out all the recipe requests from my family. I include starters like dips and salsas, flavorful salads to balance out all the dips, salsa and chips, assorted desserts and of course meatballs.

This year I’m “stepping up my snack game” and serving these sausage and rice meatballs filled with peperoncini peppers and mozzarella.

Can you just taste all the gooey, spicy, deliciousness?

What makes these meatballs so special are Ranger Craig’s favorite peppers, Mezzetta Imported Greek Golden Peperoncini. I’m not kidding when I tell you that he adds these peppers to everything. Just so we don’t run out, I keep an extra jar in the pantry at all times.

I’m a bit obsessed with these peppers myself. I’ve been known to sneak a fork full of peperoncini right out of the jar for a quick and tasty snack. So when Mezzetta asked if I’d like to create a game day recipe with their peperoncini peppers, I said yes!

That’s why I decided I had to use them in my meatballs this year. They deliver just the right amount of heat, saltiness and crunch to the meatballs. Combined with creamy mozzarella, sausage and rice, I’m not sure a meatball could get any better. 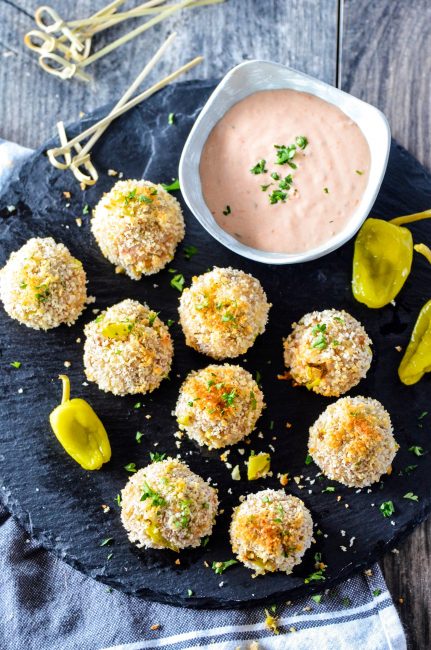 I’ve also created a tasty little Remoulade style dipping sauce just for these meatballs. The meatballs make an exciting addition to an appetizer or starter table or one of several entrees for a large crowd. 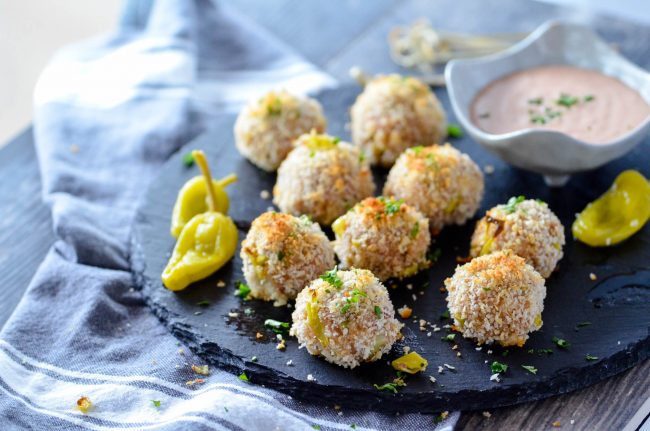 I have a feeling everyone at our game day party will be standing around the food table talking about these Peperoncini & Mozzarella Sausage Balls with Remoulade Dipping Sauce. I can’t blame them! After testing the recipe this past week, I couldn’t stop talking about them either.

Delicious Wishes and Loads of Love,